Reshet Gimel was established in 1976, marking a change in an international listeners’ habits – part of the global changes in culture and fashion taking place in 70’s of the last century in Europe and Israel as well. The station had been in strict competition over young listeners’ hearts and ears with such stations as Kol ha-Shalom and Galei Zahal. The 90’s had brought with them many new local radio stations that absorbed fare share of Reshet Gimel’s listeners. In 1997 there was an intention to close the station. November 2nd, 1997, Reshet Gimel carried out a “Hebrew Revolution” and started broadcasting solely Israeli music – of all styles and sorts, becoming the only Israeli radio station totally devoted to Israeli music. Decision to change the content completely had drastically improved it’s ratings. Currently this radio station is dedicated to Israeli music promotion. There are newscasts in Hebrew at the same times as Reshet Bet. 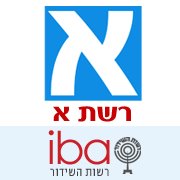 Reshet Aleph is one of the Kol Israel channels operated by Israel Broadcasting Authority. It specialises in general matters and cultural programs, with news broadcasts in Hebrew.

“Young minds” – Reshet Aleph’s programme for teenagers – is one of the very first programmes of this kind in the history of radio.

Several times the station had found itself on the verge of closing or merging with other stations of Kol Israel. In 2004, Reshet Alefph had been forced to share the frequency with Reshet Moreshet. This decision had led to a significant decrease in station’s broadcasting hours. Instead of 24 hours per day schedule with pre-recorded night programmes, Reshet Aleph is now broadcasting only 10 hours per day (6:00-16:00) during weekdays. On weekends, Reshet Aleph broadcasts since Shabbat starts on Friday till it ends on Saturday evening.

Reka (Israel Radio International) is one of IBA services broadcasting in several languages for immigrants and listeners in other countries. It is an important link between Israel and Jewish diaspora. In terms of content, the channel covers news, topics related to Judaism, culture and the history of Israeli people, as well as immigration and absorption matters.

Reka in Russian has the biggest desk in station, established in 1958 by Viktor Grajevsky. For decades Reka in Russian had worked in close cooperation with Nativ (Lishkat Hakesher or The Liason Bureau). Nativ, the organisation that encouraged repatriation from USSR and fought for it, had the last word in everything concerning the content of the programs. In 1996, both Reka Russian desk and Reshet Hey (Network 5), also broadcasting in Russian, had been united. Jerusalem desk (ex Reshet Hey) had become news desk working in along with Reshet Bet. Each hour on the hour it broadcasts newscasts and delivers most of the programs on present-day matters, aired from Tel-Aviv.

Kol Hamusica (“The Voice of Music”) is a national radio channel broadcasting mainly classical music from ancient to modern times. Some of it’s airtime, however, is dedicated to ethnic music, jazz and music of Israel. The channel organises and airs musical events, including “Kol Hamusica Festival” in Upper Galilee, broadcasts live concerts and runs archive that includes documentation of Israeli creation over the years.

The station was established at 1983. At 2007 there was an intention to unite Kol Hamusika and Reshet Alef, but due to Kol Hamusica listeners’ protests this plan was abandoned. The idea of merging Kol Hamusica with another radio station keeps popping from time to time.

From 21:00 till 24:00 listeners are treated with concerts with best classical music masterpieces.

Galei Zahal (known in Israel by acronym Galatz), or Army Radio, is an Israeli radio station operated by IDF. It broadcasts 24/7, including in its schedule music, news, traffic reports, educational and entertainment programs for general public and military oriented content. Staff includes both civilians and soldiers, incorporating young military in regular army service into positions like reporters, editors, broadcasters etc. Galatz was the first radio station in Israel to use spoken Hebrew on air instead of formal language that was normally in use in media. This radio network is being associated with a symbol of journalistic freedom and pluralism.

Galatz started broadcasting 24/09/1950 in an improvised studio in Ramat Gan. Station’s legal status was defined in 1956. The content is up to IDF (for soldiers). But requires IBA approval (for civilians). Starting from Yom Kippur war the Galatz is broadcasting 24 hours a day. For years it was the only Israeli station airing night hours’ programs.

Galgalatz is popular radio station under IDF authority, established in 1993. It broadcasts mainly popular music, newscasts and traffic reports and has extremely high rating, especially amongst younger listeners. The station runs weekly pop-charts based on online voting of the audience, as well as one annual hit-parade closing the song of the year.

The name of the station is a reminder of the main station it affiliates to – Galatz (Galey Tzahal = Waves of IDF) and a reflection of a traffic safety content of the station (Hebrew “galgal” = “wheel”).

Galgalatz is broadcasting 17 hours a day, from 7:00 till midnight. It’s traffic reports are considered to be extremely credible and once were even accepted in Court as an evidence.

After being criticized for loosing the programming quality in favour of higher ratings, Galgalatz implemented several changes and received exclusive rights to play new songs and albums – national as well as foreign. This campaign had generated a famous slogan: “Galgalatz – before the rest”.